The marine planarian, cuttlefish and Nile perch have one thing in common. In order to propel themselves, they generate a continuous wave using their fins, which advance along their entire length. With this so-called undulating fin movement, the BionicFinWave manoeuvres through a pipe system made of acrylic glass.

This was the first project I contributed to at Festo Bionics as part of my industry placement. My responsibilities were relatively late in the product development cycle and included mechanical assembly, design updates and software bugfixing. I also helped with the radio communication that was needed to steer the robot before it could on its own. 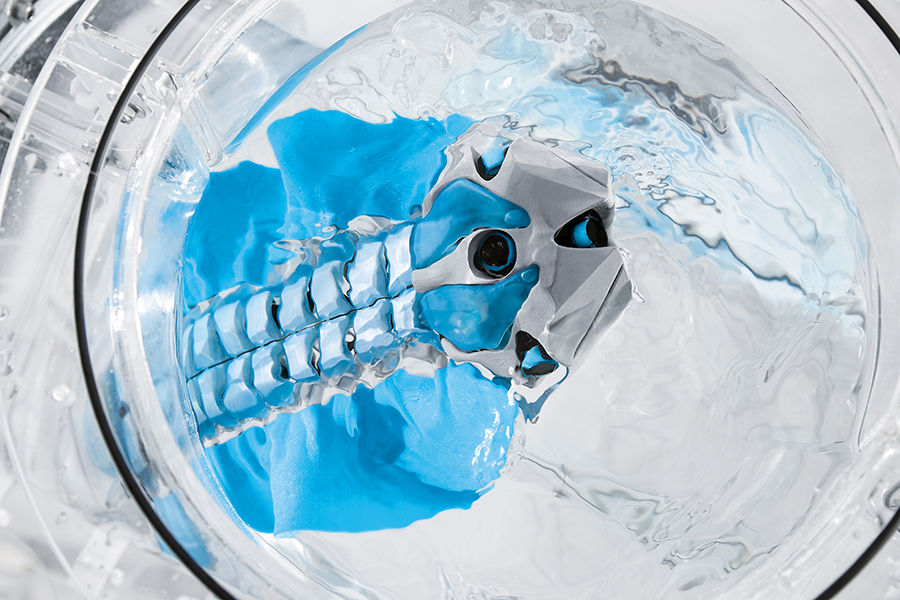 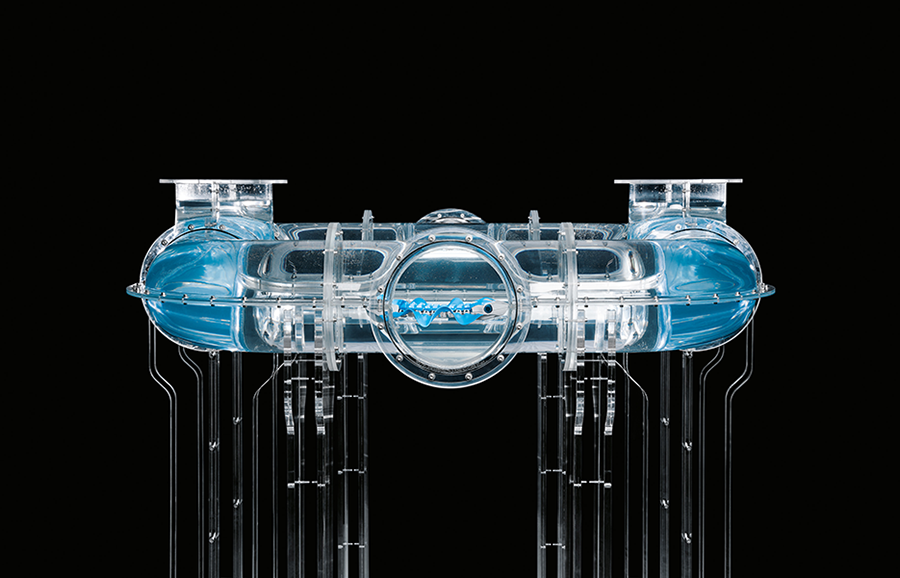 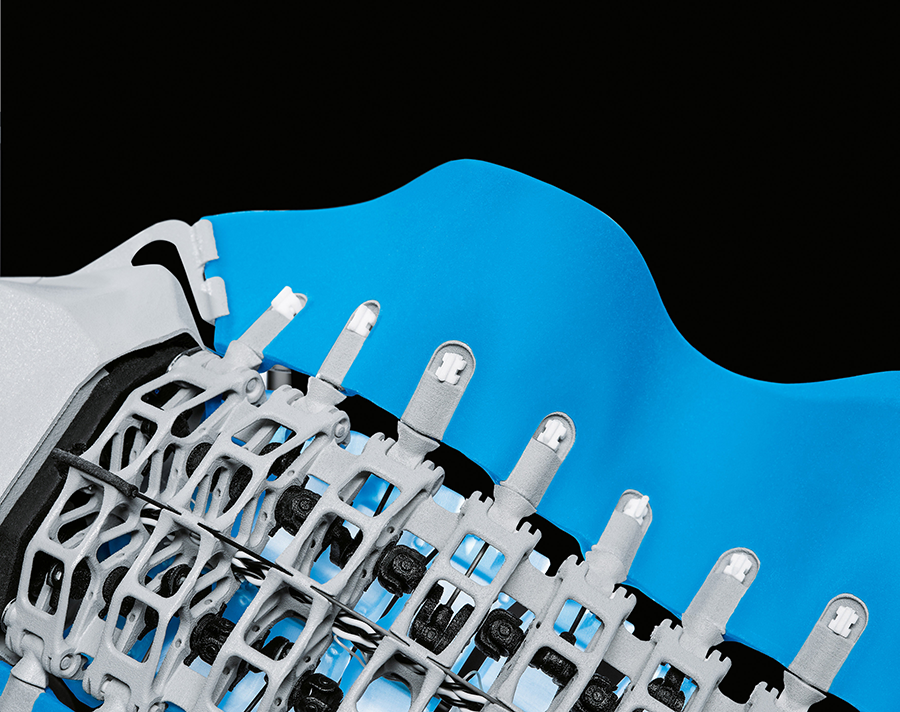 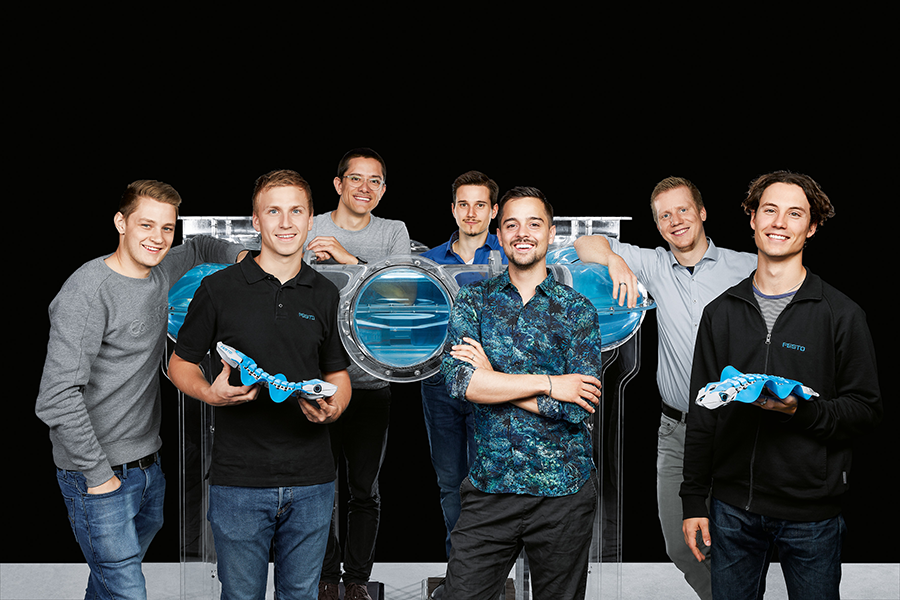